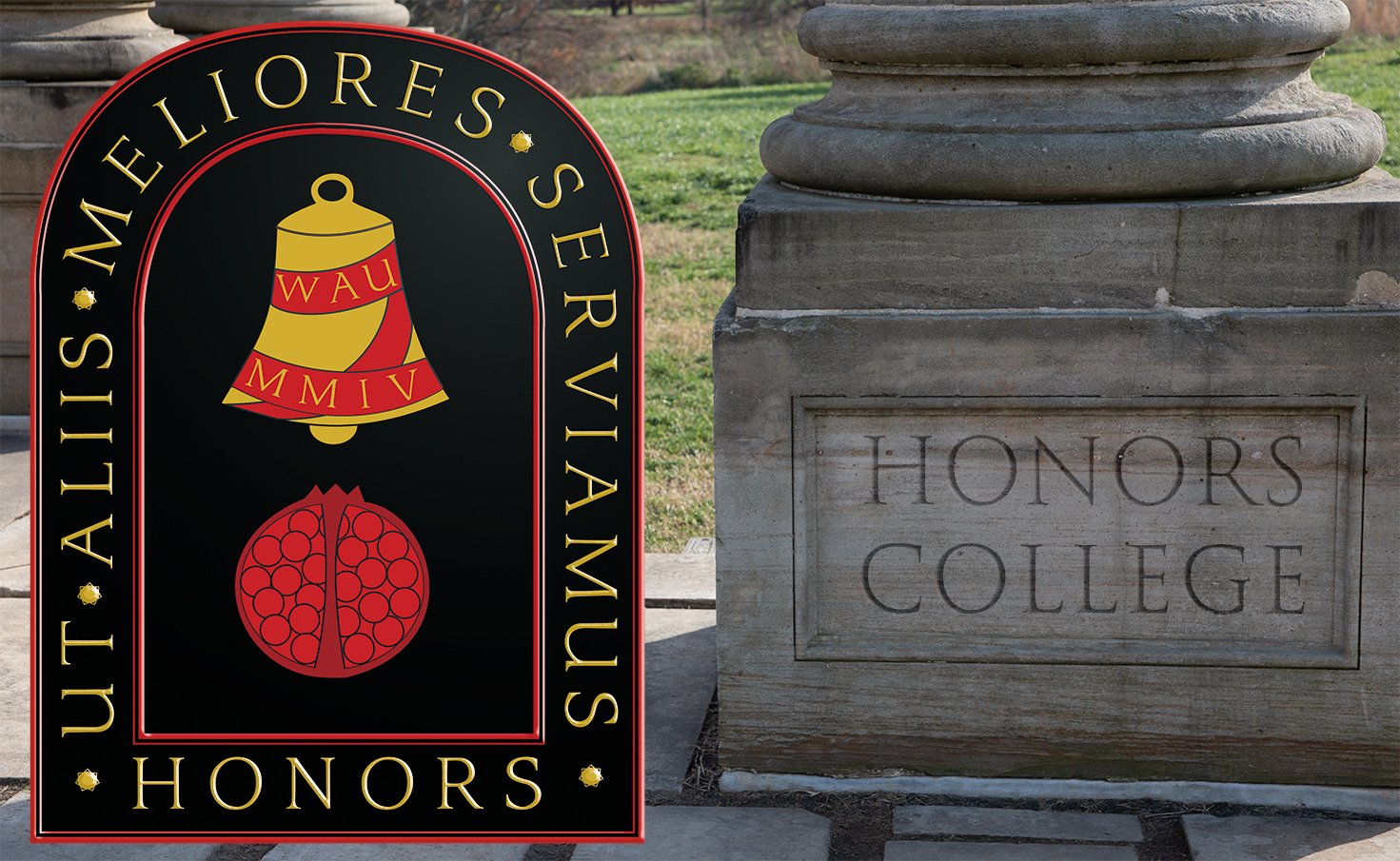 The Honors College at Washington Adventist University strives to provide high achieving students with the opportunity to engage in and explore subject material in greater depth and breadth, inspiring them to excel as independent learners within a collaborative learning community.

An emphasis of learning-on-location gives students the opportunity to study in Washington, D.C. as well as at our sister institution Newbold College of Higher Education in the United Kingdom. The Honors College also focuses on service learning by requiring students to participate in activities that serve communities at university, local, national and international levels.

The Honors College curriculum is designed to work with any field of study. Honors courses differ in design, as they often explore topics from interdisciplinary perspectives and often employ learning strategies designed specifically for the Honors learning community.

Click on the links below to learn more about some current Honors initiatives and research centers.

The history of Honors at Washington Adventist University extends back to the late 1990s, when a series of speculative Sunday meetings were held at the school (then Columbia Union College) to determine student interest in such an endeavor. While twenty-five or so students attended the initial meeting, eventually the numbers dwindled. In the early 2000s, a more formal process was started with an Honors Council charged to research and construct a template for a formal Honors Program. The general education curriculum created by the Council had a dual mission: academic excellence combined with leadership and service requirements. Classes were to be interdisciplinary and to use innovative teaching strategies. The opportunities afforded by the school’s location in the Nation’s Capital were to be incorporated in curricular and co-curricular aspects of the Program.

The Program was inaugurated at the start of summer in 2004. The Program began with twenty-two students, of which thirteen were Freshmen. Interdisciplinary courses focusing on local resources were developed, including the Civil War Study Tour, Art & Adventism, Shakespeare in Washington, Urban America, and Diseases in History. By 2006 community building annual events, such as a dinner at the President’s House, an Honors Retreat, end of year brunch, and a Senior Dedication were established. Honors Program Awards of $750 and $1500 are made possible through outside funding, as is the creation of a paid student executive. Honors is able to offer free of charge additional co-curricular opportunities such as play performances in Washington, concerts, art exhibitions, and guest presentations on campus. Through these endeavors, the Honors community grew to its current size of approximately fifty members. 2008 saw the first graduates, and a steady stream has followed since. Students who have completed the Program have been accepted into graduate programs at schools such as Duke, Georgetown, USC, Chicago, Penn State, Catholic University, and Loma Linda, while others have directly entered into careers in education and media.

Since the fall semester of 2017, the Program has since transitioned to become the WAU Honors College, the first Honors College in the Seventh Day Adventist system of higher education. In addition to providing the unique courses, events, and opportunities students have come to expect from Honors at WAU, the College has also expanded Honors offerings via its Study-on-Location courses and Leadership and Service curriculum.

Honors at Washington Adventist University is an open and welcoming environment. Student input and investment is essential to its vitality, as is the support of the teaching faculty and administration. While the curriculum and the events are part of the success of Honors, perhaps the most important – and in some ways unexpected – aspect is the closeness of the student community. Students in their junior or senior year often reflect that the people they interact with the most are those they met upon first entering Honors as Freshmen. This camaraderie creates the unique tenor of the College, and accounts for the high level of participation.