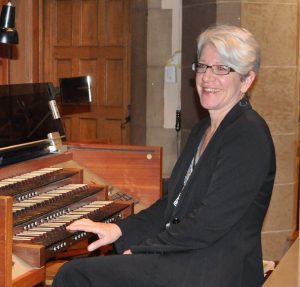 An active recitalist, Julie Vidrick Evans has performed in solo concerts and with distinguished ensembles in cathedrals and concert halls across the U.S. and eastern Europe. Julie earned a Master of Music from the Catholic University of America as a student of Wojciech Wojtasiewicz and a Bachelor of Music from James Madison University as a student of Richard McPherson. She has led choirs as the Choral Conductor-in-Residence at American University in Washington, D.C. and as Associate Conductor of Masterworks Chorus (now the National Philharmonic Chorale). Additionally, Julie has served as the American Guild of Organists’ clinician, recitalist, and officer. She was appointed Director of Music at CCPC in 2007.