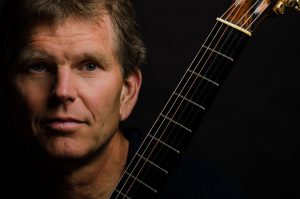 Classical guitarist William Feasley was the first guitarist to be awarded the Peabody Conservatory’s coveted Artist Diploma. He has since been the recipient of numerous prizes and awards: a gold medal in the 1987 PanHellenic Guitar Competition in Athens, the 1990 and 1995 Baltimore Chamber Music Awards and a 1996 Governor’s Citation for Outstanding Achievements in the Arts in Maryland.

Selected to play for Andrés Segovia at the master’s historic last class at the University of Southern California in 1986, he was later featured on the CBS special, Eulogy of Segovia.

William has appeared in the Ohrid Spoleto Festival in Macedonia and venues such as St. Martin in the Fields in London, the National Gallery of Art, the Phillips Collection, the Washington National Cathedral and the Yale University Centre for British Art. He has toured with the Russian Chamber Orchestra, Music Viva , in the former Yugoslavia, with the Moyzes String Quartet in Slovakia, performed live on ABC International Radio in Australia, with New York’s Bacchanalia Ensemble under the direction of Nina Beilina and Washington’s 20th Century Consort.

He released four critically acclaimed discs for the Sonora label: Simplicity, American Sketches — musical Americana with rags, Gershwin and Coplandesque landscapes, Echoes of Goya — a multimedia presentation on the life of the famous painter and his impact on several generations of composers and Shenandoah, featuring music of Robert Beaser, Ralph Towner, George Rochberg and Joaquin Rodrigo. His most recent solo recording, the French Perspective, is out on the Center Earth label.

William is on the faculty of Shepherd University in Shepherdstown, West Virginia and Washington Adventist University in Takoma Park, Maryland.