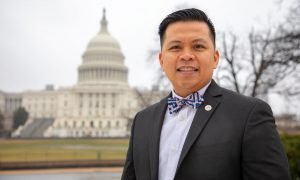 Born and raised in the Philippines, Mark grew up at the Adventist University of the Philippines. He and his family migrated to the United States in 1995, and he began his college education at Southern Adventist University before transferring to Andrews University. On his way to serve as a full-time missionary to Kellyville Church in Sydney Australia in 2000, he went to the Philippines, where he met and fell in love with the former Marifel Resuena Kemink. They were married in March of the following year. Marifel currently works as a Laboratory Clinician for Kaiser Permanente’s Regional Lab in Rockville, Maryland. The couple’s seven-year-old son, Marco, is a first grader at Frederick Adventist Academy. They are members of the Frederick Seventh-day Adventist Church.

Mark started ministry work at the General Conference (GC) Adventist Headquarters in Silver Spring, MD. He worked there for five years before leaving the Secretariat Office and Ministerial Association to follow God’s calling in ministry as the Associate Pastor of Sligo SDA Church in Takoma Park until 2010. He has also served as the district pastor in the Virginia Beach/Tidewater area and as a Youth Pastor at Frederick SDA until 2016.

“To me, there is nothing more honorable and fulfilling than being allowed to come alongside a young person and see the Lord work in their lives over time,” said Sigue. “WAU was founded on its mission to be the institution of service and as the new  Gateway Ministries Director, the mission of service begins with me. It is then my prayer that as a result of my commitment, you, too, will have the passion to serve others as representatives of Jesus.” 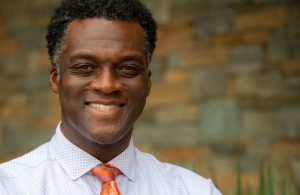 For many years Chaplain Duawne Starling worked as a singer/songwriter traveling nationally and internationally, supporting many celebrated Gospel and Christian artists before establishing his own solo career. A native of Petersburg, VA, Duawne attended Shenandoah Valley Academy, Washington Adventist University, and Oakwood University. In 1994 he completed his BA in Recording Industry Management from Middle Tennessee State University and worked as a singer in Nashville, TN for 11 years. With the desire to expand his ministry beyond just music, Chaplain Starling completed his MA in Religious Studies from Howard University School of Divinity in 2005. “Men often identify themselves by their occupation, and I admit that for a season I did as well. Now, I choose to identify myself by my character.”

God has also endowed Chaplain Starling with the gift of encouragement and the ability to listen, empathize, show compassion, and make suggestions all while being nonjudgmental. “I believe my purpose in life is to enlighten, encourage, and empower others to live a life that warrants duplication. One of the ways I do this is by being intentionally honest about my triumphs and my trials. This allows me to teach others and learn from others in the process. A great teacher must also be a great student who is ever learning and instructing.”

Duawne’s interests are varied and span an array of disciplines from theology, human behavior, and education, to creative arts, such as music, television, and theater. In keeping with his interests, Chaplain Starling is an ordained Elder and mentor. He is in his 18th year of marriage to his beautiful wife, Carmen and they are the pleased parents of four children.

“For me, the consistent thread between my interests is definitely building both personal and community relationships that enhance one’s quality of life. Ultimately, my life is God’s tool and I am completely open to whatever He desires to do with me. Whether it is building a foundation of holiness in my home, touching the hearts of God’s people with my music, walking with others through the most difficult seasons of their lives, or shaping the culture of Christianity as the Chaplain of Washington Adventist University, I am convinced that God will continue to use me to expand His Kingdom here on earth.” 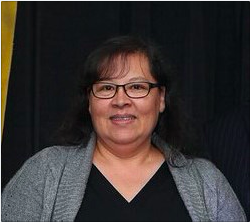 Lorena is originally from Guatemala City, Central America where she earned a bachelor’s degree in education. She has been married for over 30 years to her husband, Edwin, and has two children, Andrea and Joshua. Prior to her arrival at WAU in April 2004, she worked 9 years as an employment and training coordinator for Rural Opportunities Inc. Some of her favorite things about her job at WAU are helping and getting to know students. Her favorite Bible text is Jeremiah 29:11, “For I know the plans I have for you declares the Lord, plans to prosper you and not to harm you, plans to give you hope and a future.”