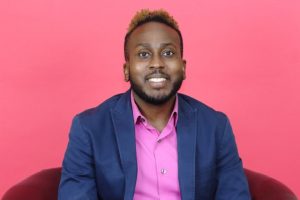 Xavier Joseph, baritone, is a graduate of Georgia State University and Oakwood University. Mr. Joseph has toured as a performer in Canada, Bermuda, and China, and throughout the United States. As an opera performer, he recently returned from Opera Huntsville where he sang the role of Pirate King in a Gilbert and Sullivan mashup. He sang the 2nd Baritone role in the world premiere of Ein Helldenn Kopfer with the Universal Opera Company in September 2022. Other roles include covering the role Daggoo in Heggie’s Moby Dick with Opera San Jose, Raphael in Haydn’s Creation, Guglielmo & Papageno in Mozart’s Cosi fan tutte and Die Zauberflöte, Vater in Humperdinck’s Hansel und Gretel, Bartolo in Mozart’s Le Nozze di Figaro, and John Brooke in Adamo’s Little Women. He is currently a member of the Washington National Opera Chorus and was formerly a member of The Dallas Opera Chorus for two seasons, singing in Kern’s Show Boat, and Heggie’s Moby Dick.

He has studied with Kevin Short, Kathryn Hartgrove, and Dr. Julie Moore Foster, and he has participated in programs at Manhattan School of Music, Harrower Summer Opera Workshop, and Renmin University in Beijing, China. In September 2019, Mr. Joseph was a participant in The Kennedy Center’s Opening Festival for the new Reach Center, performing as a soloist on the Millennium Stage. In December of 2019, Mr. Joseph was the Baritone soloist for Shiloh Baptist’s 81st offering of Handel’s Messiah, here in Washington, D.C. Since then, he has also been the baritone soloist for Messiah at Capitol Hill SDA Church.

Mr. Joseph has taught voice professionally since 2011, and while living in Texas, he taught voice at a middle school and high school in Fort Worth, TX for several years, at Northwestern High School in Hyattsville, MD for 2018-2019 school year, and is currently a Vocal Music teacher at the Duke Ellington School of The Arts, in Washington, D.C. He is a member of the Washington National Opera Chorus of Washington, DC, and the Chorus of Maryland Lyric Opera. In December of 2022, Mr. Joseph will return to Menotti’s Amahl and The Night Visitors as The Page with Bel Cantanti Opera. Mr. Joseph is excited to join the Voice Faculty at Washington Adventist University.