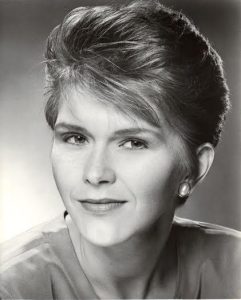 Bachelor of Arts in music and English, Washington Adventist University

Doctor of Musical Arts in Vocal Performance, University of Maryland

Soprano Deborah Thurlow teaches applied voice and related vocal courses for Washington Adventist University (WAU). She is an Associate Professor and Director of the Performance Workshop for WAU, where she has produced, directed, and conducted over twenty-five productions.  Deborah has appeared with organizations such as Maryland Opera Studio, The Light Opera Company of Southern Maryland, Interact Theatre Company, The Forgotten Opera Company, The Washington Savoyards, Eldbrooke Players, Opera Theatre of Northern Virginia, the Mclean Choral Society, Columbia Collegiate Chorale and the New England Youth Ensemble.  With Friday Morning Music Club Chorale and Orchestra, she has soloed in the Mass in B Minor and St. John Passion (Bach), Messiah, Israel in Egypt and Alexander’s Feast (Handel), A German Requiem (Brahms), Hodie (Vaughan Williams), Requiem and Coronation Mass (Mozart), Creation, Harmoniemesse and Theresienmesse (Haydn), and Mass in A Flat (Schubert).   She has performed in many concert venues such as the Chevy Chase Women’s Club, Anderson House, Britten-Pears School, Strathmore Mansion, Corcoran Gallery, Folger Theatre, and Dumbarton House.  She has premiered works by composers Ron Warren, Elaine Erickson and Winifred Hyson.  She is Vice President of The Musical Source and is co-soloist for Sixth Church, Christ Scientist, DC.  She is currently Treasurer for the MD/DC chapter of the National Association of Teachers of Singing.  Deborah holds a Doctor of Musical Arts in Vocal Performance from the University of Maryland, a Master of Music in Vocal Performance from the Peabody Conservatory of the Johns Hopkins University, and a Bachelor of Arts in music and English from Washington Adventist University.