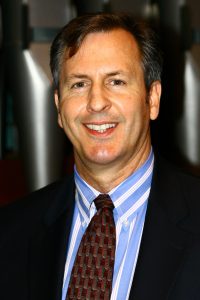 Jason Kent West, originally from North Dakota, studied organ, voice and choral conducting at Westminster Choir College, Princeton NJ receiving a Bachelors degree in organ and voice. Soon afterwards, he made his concert debut at The John F. Kennedy Center in a solo organ recital followed by concerts throughout the US as well as Switzerland, France and England. In addition to his solo performance, he has been featured as soloist with several orchestras. Jason held several organist/director positions in NY, NJ, and Washington DC areas. He then moved to the West Coast and served as assistant at the Crystal Cathedral and Director of Music at a Presbyterian church in Santa Ana, CA.

In 1992 Jason moved to England and sang & played at various Cathedrals and parish churches. While there, he was appointed event coordinator for a fund-raising concert sponsored by Her Grace, The Duchess of Westminster held at Chester Cathedral. He also was requested to play for special services held in the family chapel of the Duke and Duchess of Westminster’s estate.

While living in England, he changed careers and became a computer trainer for law firms, banks and the medical sector. He also combined his musical, computer and training skills by becoming a trainer for Sibelius, a music notation software. With the company based in the UK, Jason designed and taught the company’s courses held in London which drew musicians of all calibers throughout the UK.

After 13 years in England, Jason moved back to the Washington DC area to work as an IT Trainer/Business Analyst for government agencies in addition as a church musician. He has served as an Interim musician and a substitute organist in many churches in the area including Spencerville Church and Sligo Seventh-Day Adventist Church (where he continues to substitute). He currently is Interim Director of Music Ministry & Organist at Christ Episcopal Church in Rockville, MD where he plays for two services and directs two choirs.

He has applied his Sibelius skills to his own compositions and is a published composer of church choral and organ music. One of his choral compositions was premiered at a Christmas concert Washington National Cathedral and recently recorded on a CD of Christmas and Advent music. The Sibelius course he teaches has been specifically designed for the students at WAU which combines the basic knowledge of the computer program with the practical needs of the musician.