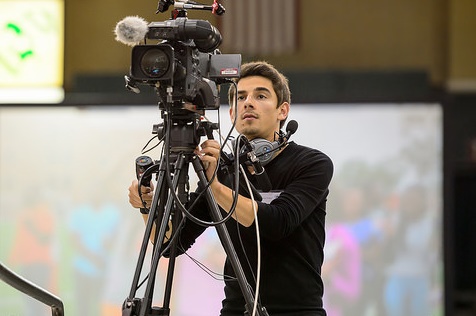 Takoma Park, MD (October 21, 2015) A Washington Adventist University video, “Mindful of Your Needs,” was recognized in the “Best Video Projects” category by the Society of Adventist Communicators at the organization’s 2015 convention last weekend in Washington, D.C.

The video focuses on the university’s School of Graduate and Professional Studies, and how it accommodates the needs of working adults who are earning degrees while juggling full-time jobs, family responsibilities and tight budgets. Students included in the video are Jonathan Peter who is earning his MBA; Jessica Wohlfarth who was earning her bachelor’s degree in elementary/special education and has completed it since the video was produced; and Richard Matthews who is earning a graduate degree in religion. Adjunct Professor Gloria Thornwell, who teaches organizational management, is also featured in the video.

The project was videotaped and edited by Eugene Simonov, an MBA student at the school. He earned an honorable mention for the video, which can be viewed at https://vimeo.com/123372402 .

The School of Graduate and Professional Studies (SGPS) has been accommodating the needs of working adults for more than 30 years. It was one of the first programs of its kind in the country, and it has grown to include eight graduate and 10 undergraduate degree programs. With accelerated class schedules, students can earn a degree in as little as 18 months.