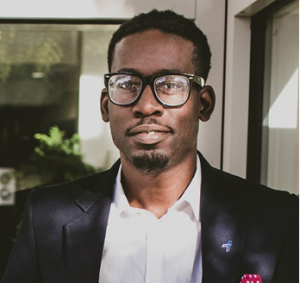 From a very young age Anwar Ottley has been immersed in the field of music. Dr. Ottley attended Washington Adventist University (WAU) to where he earned a Bachelor of Music degree in organ performance. While attending WAU, he formed the Black Student Union (BSU) Chorale, featuring students that had a desire to perform choral music of the African-American heritage. The BSU Chorale had the opportunity to sing in various venues all over the country, including annual televised performances on local networks. Through his tenure at WAU, Ottley has received numerous awards for his musical achievements, service, and leadership with the BSU Chorale.  He then pursued graduate studies at Andrews University where he received his Master of Music degree in Choral Conducting with a secondary emphasis in Music Theory and Composition.

Anwar is an active composer and arranger published by GIA Publications. His arrangements have been performed in venues across the country including, the John F. Kennedy Center concert hall and the Washington National Cathedral. He currently serves as the Pastor of Worship at the Takoma Park Seventh-day Adventist Church located in Takoma Park, Maryland, and as Assistant Professor/Director of Choral Activities at Washington Adventist University. He has studied with Stephen Zork, Claudio Gonzalez, Mark Willey, James Bingham and Thomas Colohan, the artistic director of the Washington Master Chorale, of which Anwar is a section leader and professional member.

Dr. Ottley completed a Doctor of Worship Studies degree in 2020 at Liberty University. He has conducted clinics, festivals and workshops for both choral music and worship. It is Anwar’s desire to teach the next generation of musicians and worship leaders, successful and biblical worship practices to guide their congregations into a lifestyle of worship. At WAU, Dr. Ottley is Director of Choirs, teaches a Sacred Music course, a music theory course, and applied organ.