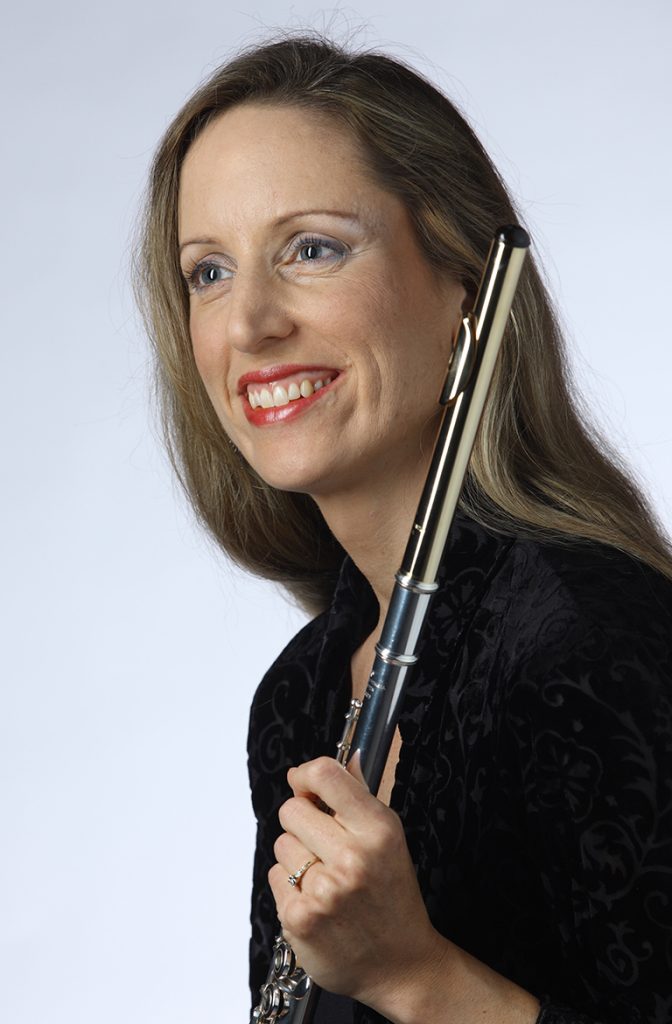 Melissa Lindon enjoys a varied career as a performer, educator and entrepreneur. In settings from concert halls to teaching studios, she brings her passion for orchestral, solo and chamber music alive for students and audiences.

Ms. Lindon has been featured as a soloist with the Meadows Wind Ensemble and the Texas Festival Orchestra, and was a finalist in the James Pappoutsakis Flute Competition. A proponent of music by living composers, she spearheaded Patagonia Winds commissions of wind quintet works by Alexandra Molnar-Suhajda (Three Nature Walks, 2015) and Andrew John Kosinski (A Walk Through the Garden, 2021), and gave the Maryland premiere of Dana Wilson’s Gold Mosaic for Flute, Oboe and Piano. As a member of the Meadows Wind Ensemble, she premiered Stephen Jones’ Passages in Manchester, England and recorded the piece for the ensemble’s CD Snow Tracks (Gasparo Records, 2005).

With over twenty-five years’ teaching experience, Ms. Lindon cultivates artistry, confidence and creativity in students of all ages. She serves as Adjunct Faculty at Washington Adventist University, Howard Community College and The Music Institute at HCC, co-directs Flute-a-rama summer flute camp, and has been a featured clinician at the Mid-Atlantic Flute Convention. Also a certified yoga teacher (E-RYT500) since 2004, she brings particular attention to breathing, posture and body awareness in her flute teaching, and has presented “Yoga for Musicians” workshops at colleges, conventions and summer workshops along the East Coast.

Ms. Lindon earned her Artist Certificate in Flute Performance at Southern Methodist University, where she studied with Jean Larson and Deborah Baron (piccolo). A Maryland native, she began her flute studies with her mother, Marlee Lindon, and studied with Emily Skala before attending Boston University, where she received her Bachelor and Master of Music degrees in Flute Performance as a student of Doriot Anthony Dwyer and Marianne Gedigian.