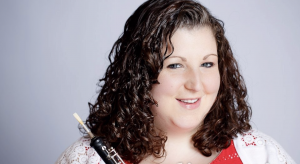 Miriam is a freelance oboist in the Washington, D.C. area. She earned her Master’s of Music and Performance Certificate from Carnegie Mellon University in 2013 where she studied with Cynthia Koledo DeAlmeida and her Bachelor’s in Music from University of Maryland College Park where she was a student of Mark Hill.

A native of New York, Miriam began her studies on oboe with Dr. Joel Evans, retired principal oboist of the the West Point Military Academy Band.  She continued her studies at Juilliard Pre-College in high school where she studied with Elaine Douvas, Richard Dallessio, and Thomas Stacey on English Horn.

In addition to performing, Miriam is an adjunct faculty member at Washington Adventist University and provides private oboe instruction for players of all ages and levels in Silver Spring, Maryland.