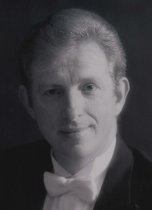 James Bingham, Chair, began his early musical training in Geelong, Australia and was strongly influenced by the active music program of his home church. He was appointed assistant organist at an early age at the request of the church organist and he continued in that position until he graduated from high school. It was during this time that his passion for choral music was ignited and as both singer and organist he had opportunity to develop his talents. This love of choral music only intensified during his undergraduate studies at Avondale College, New South Wales, Australia, where he was a member of the renowned Avondale Symphonic Choir.

After briefly teaching music at the Geelong and North Geelong High Schools, he moved to the United States of America to continue studies in organ performance. However, he fell under the spell of composer Blythe Owen and changed his major to Musical Theory and Composition. Upon receiving his masters degree from Andrews University, Michigan, he moved to Canada where he was appointed director of choirs at Kingsway College and chairman of its music department. The Kingsway Symphonic Choir, which he directed, soon attracted attention and during the 10 years of his leadership the choir grew in prestige undertaking a heavy schedule of concerts and services with enviable success.

Dr. Bingham then returned to the United States to complete doctoral studies. While studying for his degree he took over the position of organist and choir director at the First Congregational Church of Benton Harbor, Michigan, a position he held for 4 years. Then he moved to Massachusetts to take up the position of director of choirs and chairman of the music department of Atlantic Union College. After spending 9 years at that college, he accepted the position as chairman and director of choirs at Columbia Union College, Takoma Park, Maryland, following the distinguished choral conductor Paul Hill who needed to resign the choral position due to failing health.

As with his prior choirs, the Columbia Collegiate Chorale and the Pro Musica of Washington Adventist University have continued to distinguish themselves both nationally and internationally. Missing a position as church choir director, he accepted the leadership of the Spencerville Seventh-day Adventist Church Choir three years after arriving in Maryland. Later, he added the position of organist and choir director of the Takoma Park Presbyterian Church to his weekly schedule. His first love is choral music and, although he is primarily an administrator and director, he finds time to arrange, orchestrate and compose music for various combinations of instruments and voices.