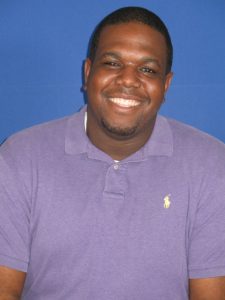 Adrian Thornhill graduated from Washington Adventist University (WAU) in 2013 with a Bachelor’s in Accounting and Finance. Since then, he has become a leading financial analyst for Boeing, which is the world’s leading aerospace company. Thanks to WAU’s location, networking, educational opportunities, and available mentorships, Thornhill has built a successful career that continues to progress.

Adrian Thornhill is a respected alumnus of Washington Adventist University. Thinking back on the years that he spent doing his undergraduate at WAU, he believes that some of the experiences he gained networking and being mentored by professors like Professor Patrick Williams, the current Chair of the Business Department, were key elements that led him to his, now, successful career.

He transferred to Washington Adventist University in his junior year, as WAU was one of the only schools that he would be able to transfer his credits to. The University’s location near the Washington, D.C area was key to his transfer as well because of its networking opportunities that led to government careers. He also chose WAU because he wanted to be part of a University that would put him in a group of minorities making over a hundred thousand dollars a year. After good counseling from his advisors and Thornhill’s hard work, he was able to graduate in four years and pursue his career in finance.

Today, Thornhill works as a Financial Analyst for Boeing. Boeing is the world’s largest aerospace company and leading manufacturer of commercial jetliners, defense, space, and security systems, and service provider of aftermarket support. Having studied accounting and finance at Washington Adventist University and building relationships with several of his connections, he was able to get an internship at the U.S Department of Veterans Affairs in Washington, D.C. From there, he branched out to Boeing, where he quickly attained a leadership role in the company in just a few years. Now, Thornhill leads a team of financial analysts for his designated department in the company.

As Thornhill looks towards the future, he will continue to work hard to achieve more accomplishments at Boeing. He is thankful for the opportunities created at Washington Adventist University, and he advises students pursuing business fields. “Networking in school is key, with your classmates and your professors,” Thornhill said. He also suggests finding a reliable mentor, both in and out of your comfort zone, as he did with his professors, as it can be highly beneficial for future success.