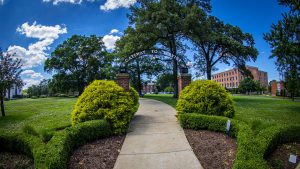 Mr. Korschen attended the Catholic University of America as an undergraduate from 1946 to 1948.  Thereafter he attended the University of Colorado in the College of Engineering from 1948 to 1950.  After service in the Korean war, he returned to Boulder briefly to continue his studies, but did not complete a degree.  He earned a Bachelor of Science degree in Business from Columbia Union College (now WAU) in 1969.  Mr. Korschen spent his career working for the Federal Government as an accountant with the U.S. Treasury Department.

Mr. Korschen remembered his time at WAU with fond memories and holds all the institutions of higher learning that he attended in high regard.