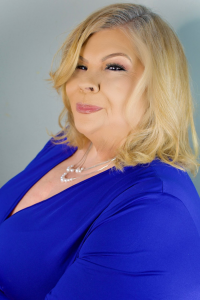 Becky Barker, the First Year Experience Coordinator at Washington Adventist University will be retiring on May 12, 2022. After 12 years of service, Becky would like to expand her reach and knowledge of service beyond the walls of WAU. She has touched the lives of past and present, students and staff.  Barker became familiar with WAU through her daughter, who attended WAU in 2004 to 2008. During that time she was working with the Mental House Association in Montgomery now known as a Million Minds in Montgomery County. While her daughter was at WAU she applied for an adjunct position in WAU’s Psychology department.

As an adjunct professor in the Psychology department she was able to touch many students.  Lydee Battle, the Executive Assistant to the President as well as an alumna of WAU explained, “While I was in school, she was the reason I was able to complete my degree. I dropped her class, she came and told me, ‘don’t you ever quit without talking to me first.’”  “She made me believe in myself,” said Battle. “My dad died that semester and she gave me grace. She really cares for her students.”  During that time, the First Year Experience Coordinator position at WAU became vacant. “After stalking Dr. Ralph Johnson,” said Barker. “To give me the position of First Year Experience Coordinator, he eventually gave in.”

According to the Vice President of Student Life, Dr. Ralph Johnson, “After she applied, I looked over her resume. She had a passion and she did her research,” he said. “I was amazed at the literature she researched, I was familiar with some of them. To me that meant she was willing to go above and beyond. Not many people were familiar with those materials. That was the type of person we needed for the students.”  As for her time here, “she has made a significant impact, going above and beyond what is reasonably expected of an employee to the students,” said Dr. Johnson. “She is just helpful to everybody. That is why I nominated her for the Freshman Advocate Award.”

To Barker, WAU gave her the opportunity to grow as an individual, professionally, personally and spiritually. By learning about college students and what is best for first year students. She made every student feel at home.  “When I reflect on the service of Ms. Becky Barker as our WAU Coordinator,” says Dr. Cheryl Harris Kisunzu, Provost of Academic Administration. “ I  am mindful that whether it pertains to creating a framework through which our freshmen discover their strengths, the inspiration of “King Peggy”, her delicious “New Orientation Week” root beer floats;  the distinction of creating an opportunity for our students to become Maxwell Collegiate Leaders and/or the delight of stuffing the 4th of July oversized Flower Avenue Letters – without a doubt, Ms. Barker’s service at WAU has sparkled.”  Dr. Kisunzu continued, “It is for this reason and many more, that even as she transitions from WAU – I pray that Ms. Barker will  continue to delight by “engaging minds and transforming lives” in new and awesome ways.” Erin Greenlaw, a Student at WAU recalls, “ I had gotten into an accident and had two finals on the same day. I called Miss Barker, and she ran to the other end of the campus to let them know I wouldn’t be able to make it.”  She goes to the ends of the earth for her students,” said Greenlaw.

Barker was originally a high school teacher of English and Journalism. After her first three years she realized that she was doing more therapy than teaching.   After meeting a high school student who had lost all his hopes and dreams of being a ball player. “The student walked into my classroom, with a shotgun,” said Barker. “Told me as well as others goodbye. The process I went through to talk him out of suicide, made me realize I was not fully equipped to handle being a teacher to the best of my ability. So I decided to go to grad school.”  After grad school she went on to work with domestic abuse victims from various organizations.  With her retirement just around the corner, Barker hopes to focus on being a Life Coach and Motivational Speaker.