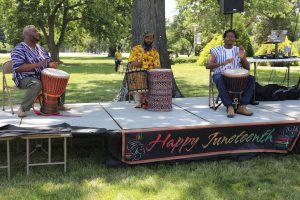 June 20, 2022 marked the inaugural Juneteenth celebration at Washington Adventist University (WAU). At President Weymouth Spence and the administration’s request in June 2021, plans came together under the collaborative efforts of the university’s Social Committee—chaired by Lloyd Yutuc—and VP Ralph Johnson with Student Life to celebrate Juneteenth at WAU. For many communities, Juneteenth has long been celebrated as the commemoration of the end of slavery—one of its biggest festivals held in its origins of Galveston, Texas since 1865. 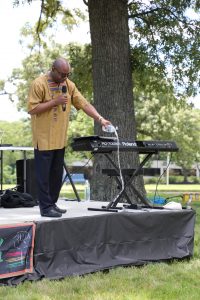 Similarly to some traditional outdoor festivities of Juneteenth celebrations, WAU held its Juneteenth celebration in conjunction with the annual Employee Cookout on the WAU Commons. Faculty and staff were summoned to the celebration through the sound of traditional African drumming by the Urban Foli Drum Group. During the program, the attendees were led out in song, singing the last stanza of “The Star-Spangled Banner” that transitioned into “Lift Every Voice and Sing” as the Juneteenth flag–characterized by its red, white, and blue colors with a star in the center to represent Texas, the last state to be emancipated—was raised next to the American flag. For the guest speaker, WAU invited well-known and accomplished author and storyteller, Janice Curtis Greene, an American Griot known for her portrayals of historical African American figures such as Harriet Tubman and Mother Mary Lange. Her powerful rendition of abolitionist Harriet Tubman told the story of Tubman’s life and perspective of the Emancipation Proclamation and the events of 1865. 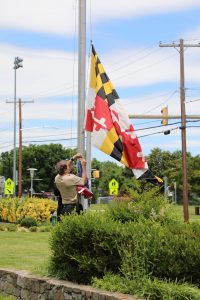 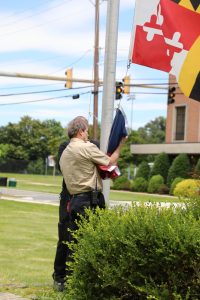 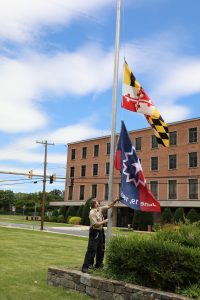 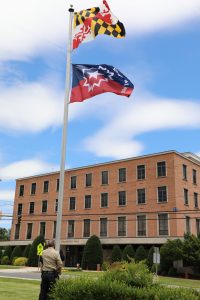 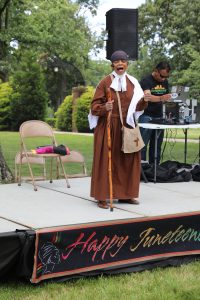 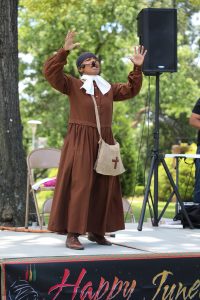 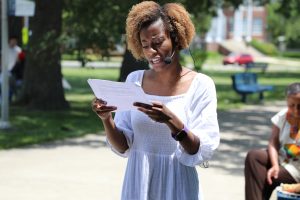 President Spence affirmed, “At Washington Adventist University we have taken the time to honor and recognize the journey and achievement of African Americans. Sanctioned enslavement is never a good thing and does not reflect the love of Jesus.  We will continue to celebrate freedom and justice every day at WAU for all God’s children. We must not only celebrate, but on every opportunity model the love of Jesus.  I really appreciate this quotation from the 44th President of the United States: ‘Juneteenth has never been a celebration of victory or an acceptance of the way things are. It’s a celebration of progress. It’s an affirmation that despite the most painful parts of our history, change is possible—and there is still so much work to do.’  Barack Obama.  We must continuously continue the hard work of enhancing justice, freedom, equity, and inclusion.” 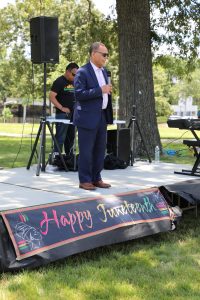 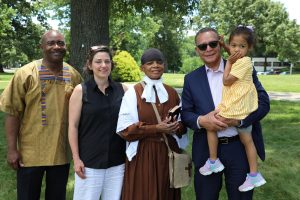 Up until it was passed as a federal holiday under President Joe Biden’s administration, Juneteenth was relatively unknown outside of most African American communities. The events during the summer of 2020—the resurgence of the Black Lives Matter movement and the nationwide protests against racism, discrimination, and injustice triggered by the deaths of George Floyd, Breonna Taylor, and many other Black lives—brought more attention to and renewed interest in the observance of Juneteenth.

“It’s a recognition that freedom was withheld from so many enslaved people far longer than it should have,” VP Johnson further explained. “It reminds us of the sinister systems in slavery and the extent that some states and individuals went to keep it intact. It is also, on a lighter side, the celebration that the slaves themselves had when they finally were free. For me, [Juneteenth] is an opportunity for people to learn the history and understand the dynamics around the whole issue and the institution of slavery in our country; to be more educated on what the Emancipation Proclamation really did and didn’t do.”

Chaplain Jason Dietz expounded, saying, “It’s shocking that even in the midst of basically the entire country recognizing that slavery is abolished that there were still people that were enslaved. I think that speaks directly to the issues that we have in America today…issues that need to be worked on and addressed moving forward. It is important not only for us to come together to celebrate Juneteenth, but for us to come together as a collective community in the university and celebrate diversity, equity, and inclusion.”

On January 1, 1863, President Abraham Lincoln signed the Emancipation Proclamation ending slavery and declaring that all slaves were to be freed in the United States. However, not everyone was immediately freed—places still under Confederate control continued to enforce slavery and the news of the decree went unheard. It was not until June 19, 1865, when Union troops arrived in Galveston, Texas, that the slaves there heard news of their freedom and were released. After nearly two and a half years of the proclamation’s passing, they were the last to be freed. This day became known as “Juneteenth,” coined from the date of the official emancipation of the slaves in Texas. Since then, Juneteenth has been celebrated by African Americans as a monumental day in America’s history of independence.