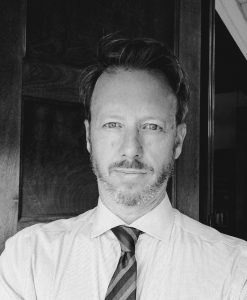 Jonathan Scriven, the Associate Director of the WAU Honors College, has been appointed as an Inspecteur Général Délégué for History/Geography by the French Ministry of Education (Ministère de l’Éducation nationale, de la Jeunesse et des Sports). In this part-time role, Dr. Scriven will be responsible for working as a liaison between the French Ministry of Education and French high schools (lycées) that are following the American international option of the French baccalaureate (OIB). As one of two Inspecteurs, Scriven will help oversee the production, implementation, and completion of the national exams that students take at the completion of their final year of high school. The appointment is a result of a collaborative agreement between the French government and the College Board. Scriven will assume the role previously held by Dr. Omar Ali, Dean of the Lloyd International Honors College at the University of North Carolina Greensboro.

Dr. Scriven came to WAU after spending 13 years teaching history and economics at the Centre International de Valbonne, a collége and lycée located near Nice, France. ‘I am very much looking forward to working with the French Ministry and some of my former colleagues on this project,’ Scriven said. ‘I get great satisfaction from working on projects that help students better understand the major ideas and events that have shaped our world.’ Scriven added that his role in leading the Model United Nations and other global programs at WAU make this appointment a good fit. ‘In this role, Washington Adventist University and the Honors College will be visible to a large and influential group of political and educational leaders in France and around the world. That seems right for a school like ours that tries so hard to encourage our students to be global citizens.’

Each year more than 1000 students at nearly 40 French lycées in more than 10 countries pursue the ‘American Option’ of the French baccalaureate exam (known simply as ‘the bac’). Most of the schools are in France, but French lycées also exist in Britain, Ireland, the Netherlands, China, Hong Kong, South Africa, Canada, and several in the United States — including one just a few miles from the WAU campus in Bethesda, MD. To successfully complete ‘the bac’ diploma students must pass a written and oral exam in Language/Literature and History/Geography — both in English. The written exam is a four hour exam where students answer two essay and/or document based questions. The oral exam consists of an exchange between students and an examiner that lasts for 20 minutes and covers subject matters studied throughout the year. Faculty members at the schools propose questions to be included on the ‘bac’ exam and those questions are finalized as part of a series of meetings between the French Ministry of Education and the Inspecteurs for each subject area.

In addition to working to produce the exams, Scriven will help ensure that the exams are graded fairly and appropriately. The inspecteur’s role is to observe and moderate exams to make sure that students are being judged in a way that is consistent.

Scriven traveled to Paris in October 2022 to meet with government officials, heads of schools, and teachers to prepare for the 2022-2023 exam which will take place in May and June.