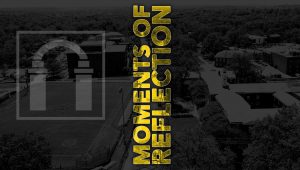 Inspired by a letter from  Dr. Ronald L. Anderson, class of 1964 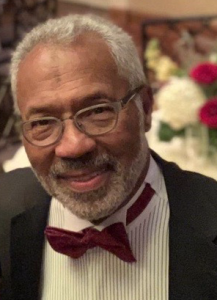 During these trying times, where racial discrimination and police brutality are broadcasted on every platform. It’s important to have a safe place to talk and breathe. The healing of this nation may take a lifetime, but we should not have to do it alone.

This is why Washington Adventist University organized two very important Town Hall Meeting discussions on the topics at hand and to provide space, dialogue, and assistance in the continuous conversation of the flawed views and systems of society — on and off-campus.

“It provided an opportunity for participants, including myself, to vent on the experiences of being black at WAU,” says Dr. Anderson, class of 1964. Dr. Ronald L. Anderson (pictured) is an ophthalmologist in Washington, District of Columbia, and has been in the practice for more than 20 years. He was a Biology major at Washington Adventist University.

Dr. Anderson attended the recent Town Hall Meetings and believes that continuing these meetings will help the WAU community become “cognizant of experiences that others have had during the evolution of the university”. The start of “Conversation and action plans for change will help the community heal” and though there is pain from actions of discrimination, God STILL has plans of salvation.

We may not see the future but we know that God is still with us and in the words of Dr. Anderson, “LET US MARCH TILL THE VICTORY IS WON!”. This march needs as many hands as possible to make a difference. Throughout history, we can see that so many people were a part of this mission, people of all colors pressed forward towards the mark.

We thank those before us who paved the way, including leaders at WAU. Dr. Anderson mentions in his letter that the freshman class of 1959, “a class that included seven academically and socially prepared black students, volunteered to integrate the dormitories at (then named) Washington missionary college”. This is just one mention of so many people who came together and changed WAU and, in fact, the world — but there is still more work to do! And as the conversation continues, so will do we.

moves the church of God;

Brothers, we are treading

where the saints have trod;

We are not divided;

all one body we,

One in hope and doctrine,

Written by Sabine Baring-Gould in 1865