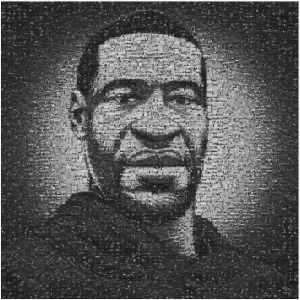 As the death of George Floyd sweeps the country and pushes for change — WAU took time in its community to shed light on this unnecessary death and the revolution that comes with it. On June 10, in memory of George Floyd’s death, the university had a memorial service dedicated to “Big Floyd” and to the matter at hand that’s affecting humanity: ending police brutality and systematic racism.

“Washington Adventist University is a learning community…We continue to learn, continue to listen, and continue to adjust as we learn. We are committed to the Adventist Christian vision of excellence, which means that if I have the power to eliminate mediocrity, I will do it because we are an institution of excellence and service. We realize that serving humanity is a part of our daily responsibility,” President Spence said as the service began.

Provost Kisunzu added, “the students here at WAU realize that being ‘thy brother’s keeper’ is a part of their primary commitment to their learning experience.” A prime example is our WAU theology student, Jorge Mendoza, who went to protest in DC. He saw it as part of the reason he was a theologian; this was his religious duty. He marched for three miles with thousands of others, ‘crying out for justice’ and he believes that God will magnify the voices that cry out to Him.

Coach Crarey was also among those who marched in DC. His story is unique, however, because he took his 7-year-old son to the protest. “My dad marched in 1963, I marched in 1995, and now my son marches in 2020.” He mentions that his family marches so that others won’t have to. That is the hope for this world, that there will be less marching and more standing in unity.

During the memorial, Sharon Conway also informed the community that WAU has been the pioneer for many important events throughout the years, and this tragic event and wake up call was no different. “This is so important to this campus because we are a light to the world!” The university wants to continue to stand up and shine that light.

As the service continued, it was made clear that George Floyd’s death brought to the forefront one of the most deadly viruses that have attacked the world for many years; social injustice. “This is what I need us to understand friends,” begins Dr. Hemmings from the university’s religion department, “Social injustice is really an unconscious thing. Even when we find ourselves in the middle of it, it’s so entrenched and embedded that we are very unconscious of it. So my prayer is that the Holy Spirit will give us discernment and help us to take notice in ourselves.”

Things took an emotional turn as Dr. Kulakov stood up to speak. It was hard for him to hold back the tears as he began. “I think that for us as Seventh-day Adventist Christians, this is a time to say that this evil of racism is one of the greatest evils of the great controversy! Committing ourselves to do something in addressing how this evil has permeated the very political systems, social systems, and our religious systems is at the heart of the Three Angels Message. This IS the Three Angels Message of today!”

We want to continue the conversation as we seek change….

What does social justice look like going forward? How can social inequities be addressed as we walk into a new world landscape? Join President Weymouth Spence, Pastor Charles Tapp, Dr. Olive Hemmings and many other guests as we discuss challenges, hopes, and dreams of what that world can be as we move forward in unity.